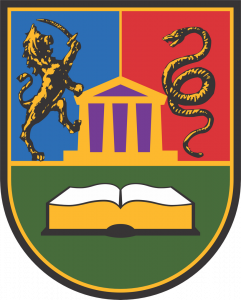 The University of Kragujevac, a modern higher education institution, with a student population of app. 20,000 and 1,200 academic staff, embracing almost all major areas of teaching and research and offering a wide range of accredited study programs at Bachelor, Master and PhD levels at 12 faculties. Besides, the University comprises the following centers: University Centre for Career Development and Student Counselling; University Information Centre; Lifelong Learning Centre; Joint Centre for Scientific Research of Serbian Academy of Sciences and Arts and the University of Kragujevac; Collaborative Training Centre, Knowledge Transfer Centre and Creativity Centre. International cooperation as a priority activity of the University of Kragujevac and an integral part of the strategy of internationalization of the University is focused on the establishment and development of cooperation with foreign universities and international organizations dealing with higher education and expanding the network of inter-signing cooperation agreements with new partners abroad, as well as renewing contracts with existing partners.

The Clinical Hospital Center of Rijeka is one of five clinical hospital centers in Croatia and is the central hospital in this part of the Republic of Croatia. It is a regional hospital center covering three counties, providing medical care for approximately 600,000 inhabitants. .

At the same time, the Clinical Hospital Center of Rijeka is a teaching and scientific-research base of the Faculty of Medicine of the University of Rijeka. Besides the management and the administrative-technical services, it consists of 18 clinics, 6 clinical institutes, 6 independent institutes, 2 independent departments and the hospital pharmacy. The total capacity is 1,069 hospital beds and it employs 3252 employees. In the Clinical Hospital Center of Rijeka more than 45,000 patients are hospitalized per year reaching some 300,000 hospital days. Around three million outpatient services are provided and some 600,000 outpatient visits, while in the day hospital around 190,000 hospital services are rendered. The Clinical Hospital Center of Rijeka is situated on three city locations (Rijeka, Sušak and Kantrida) and the tendency is to develop it – unite it “under one roof” in the newly built hospital in Sušak.